With thousands of registered startsups, the Netherlands is leading a delegation comprising 16 that are top of the crop. The Netherlands Trade and Investment Office Economic Advisor Diederik van der Toorn said their government has named several strategic innovation industry shows in 2018 to keep an eye on, and that includes COMPUTEX TAIPEI’s InnoVEX — the only exhibit cited in the Asian region — mentioned in the same breath as the U.S.’ CES and Hannover Messe in Germany.

From a time machine camera to full immersive VR, the Netherlands sets its sights on the Taiwan market

With thousands of registered startsups, the Netherlands is leading a delegation comprising 16 that are top of the crop. The Netherlands Trade and Investment Office Economic Advisor Diederik van der Toorn said their government has named several strategic innovation industry shows in 2018 to keep an eye on, and that includes COMPUTEX TAIPEI’s InnoVEX — the only exhibit cited in the Asian region — mentioned in the same breath as the U.S.’ CES and Hannover Messe in Germany.
The emphasis on InnoVEX largely comes from how the Netherlands regards the show and Taiwan as an indisputable and deeply connected part of the world’s industrial supply chain. Toorn says the Netherland’s government and companies view Taiwan as a crucial step to opening up their markets to the Asian region and the best springboard to the China market.
Teaming with the “Smartest City”
The Netherlands is acclaimed for its “Startup Delta,” an initiative created in 2014 by the country’s industry, government and academic members, as well as accelerators and incubators. There’s no doubt about the country’s leading standing in the startup scene; the Netherlands boasts over 3,500 startups, 45 incubators and accelerators, and 69 V.C. investors.

The Startup Delta was ranked No. 19 in 2017 by Startup Genome, an organization that promotes and analyzes the success rate of startups by seeking to improve their performance in the startup ecosystems. Many Dutch startups have grown to become reputable, large companies. These shining examples include the world’s largest booking website “Booking.com,” navigational services heavyweight “TomTom,” and file transfer website “WeTransfer.”
Eindhoven, known as the “Smartest City” in the world, is one of the most acclaimed cities in the Startup Delta initiative, boasting 1,300 patents. With a population that makes up only 4 percent of the Netherlands, the city accounts for a whopping 44 percent of the country’s patents.
Taipei City Mayor Ko Wen-je visited Eindhoven during his delegation trip in January and met with the city’s mayor, John Jorritsma. The Industrial Development Bureau has also signed a memorandum with Eindhoven, in order to promote bilateral innovative collaboration.

The initiative’s head host, Nils Beers, will be a guest at COMPUTEX this year, as well as Jorritsma, who will be visiting the expo and leading the Dutch delegation. This marks the first time he will visit COMPUTEX as Eindhoven’s mayor.
Networking opportunities will be abundant during the daily networking Happy Hour around 17:00 at the “Holland Lounge.” The time has been set aside with planned events for interested investors to inquire and learn more about the country’s startup culture.
Be on the lookout for the “Dutch Startup Ecosystem seminar” at 9:30 a.m., and “Pitching session of Dutch Startups” at 3 p.m. on Thursday, June 7; during the latter, 16 excellent Dutch startups will pitch their innovative solutions and products in 5-minute presentations.
Sixteen Innovative Startups
Under the Netherlands Enterprise Agency, 16 Dutch startups will be showcased at InnoVEX, including the translating device Travis that amazed the audience at the U.S.’ CES show last year.
Key startups to look out for at the Holland Lounge include Roader, a wearable time machine camera that records the previous 10 seconds and enables the wearer to choose which moments to keep, savor and share, even after the event. This device eliminates the frustration of not getting your camera out in time.
LifeSense Group’s healthcare smart application Carin helps women combat urine loss after childbirth, menopause and aging by coaching women to train their pelvic muscles. The Carin set includes an exercise app and smart protective underwear.

VR is arguably the hottest technology in recent years and the Dutch are no strangers to rolling out their own innovative spin on it. For example, VRee B.V. platform offers players a synchronized full body experience in virtual reality without latency. Gamers can play in VR eSports in single games or tournaments, watch live-streams or interact as a spectator in the virtual world. The platform also supports playing in a joint virtual environment from different geographical locations.
We are all looking for ways to make our cities safer. Sorama provides high-resolution sound cameras, noise and vibration control services. They can be used to prevent crime in urban areas by detecting loud sound disturbances, vehicle crashes and breaking glass.
Additionally, with growing awareness of the importance of renewable energy in combating climate change and reducing carbon footprints, Lightyear provides a solar-powered electric car that can go uncharged for months. ChainBalance BV, also looking to reduce waste, aims to reduce resource waste among corporations with its Smart Supply® software that automatically makes sales driven stock suggestions to improve stock decision making. This enables a company to operate according to their consumer base’s behavior.

Repon began as a small sheet-metal shop in 1977. Since the day the company made its very first pair of slides, it has pursued providing excellent customer satisfaction.

To continue to service exhibitors and visitors around the world while taking into account the health and safety of all participants, COMPUTEX is rescheduled to September 28-30, at Taipei Nangang Exhibition Center, Hall 2 (TaiNEX 2) and will present 5G and communication, smart solutions, gaming, and InnoVEX (startups). 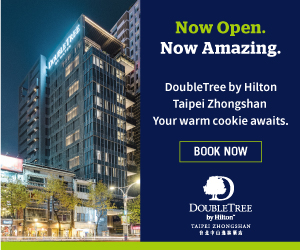